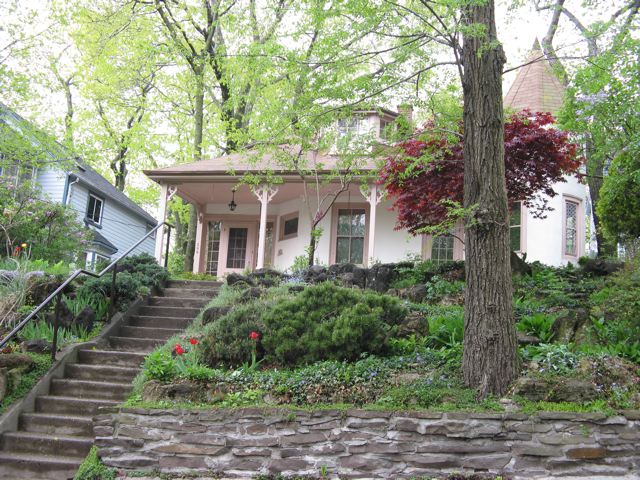 There are only a few houses on any that 'establish' the image we have of this unique area in the city, and 204 Beech is definitely one of them. The many more mundane buildings here just 'go along for the ride', the character of the place has been established - they serve as the background, neither adding to or detracting from that character.

I owned 209 Beech across the road for a time, and used the small enclosed porch above its entrance as a studio. While I was there, I remember painting a small watercolour of the view from it of 204 and its neighbours. It is not nearly as good as my memory of it, but it does show 204 in context: all three interesting houses, but 204 clearly the more historic and interesting. 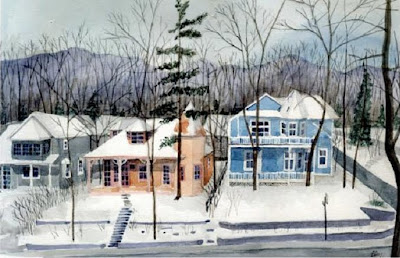 While I have sincere sympathy for the circumstances the Teehan's face, the only thing I can see about the site that recommends it for their accessible house design is the width of the lot - level access is available only from the back. They may, of course, also be attracted to this site by other attributes like the setting, a lovely tree-lined street, surrounded by the sort of houses that give the neighbourhood (that they have chosen as their own) its character!

I am an architect and have worked in for a progressive design-oriented firm since 1974.

I like modernist buildings - I do them! That does not mean that I believe the context of a building should not influence/inspire its design, or that we shouldn't treasure and maintain the best of our architectural heritage.


Geoff Teehan said on his website that they had considered re-renovating their Elmer house to make it accessible, but chose not to because that would be such a 'waste'. However nice the house, and the design and quality of the work they put into it, I don't believe it is one the 'character' houses in the Beach. To replace 204 with a modern building - completely out of character with its context - would be more than a significantly greater waste.

I hope you are successful in preventing the destruction of your old home, and I hope the 'spectre' of a heritage designation only serves to increase the value of the house, allowing the Teehan's to find a more appropriate site in the area to build a house that suits their needs.

Posted by Kirstin Campbell at 08:57 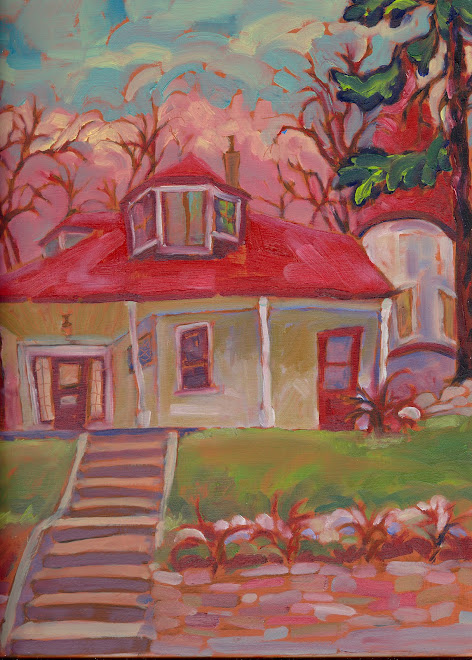 Please read the following. I have highlighted the criteria we think apply.

(2) A property may be designated under section 29 of the Act if it meets one or more of the following criteria for determining whether it is of cultural heritage value or interest:

1. The property has design value or physical value because it,

i. is a rare, unique, representative or early example of a style, type, expression, material or construction method,

ii. displays a high degree of craftsmanship or artistic merit, or

iii. demonstrates a high degree of technical or scientific achievement.

2. The property has historical value or associative value because it,

i. has direct associations with a theme, event, belief, person, activity, organization or institution that is significant to a community,

ii. yields, or has the potential to yield, information that contributes to an understanding of a community or culture, or

iii. demonstrates or reflects the work or ideas of an architect, artist, builder, designer or theorist who is significant to a community.

3. The property has contextual value because it,

i. is important in defining, maintaining or supporting the character of an area,

ii. is physically, functionally, visually or historically linked to its surroundings, or 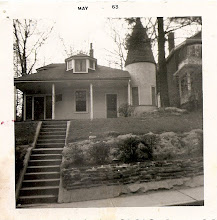 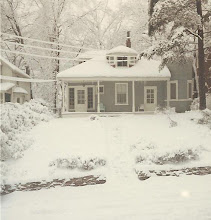 Dear friends of Toronto and the Beaches

Here is a letter I wrote to the Globe and Mail

I am a proud Canadian, ex Torontonian and Beacher, who has been living in Germany the last 7 years. Here, one is exposed to the appreciation, respect and preservation of architecture as part of history.
Sadly...this doesn't seem to be the case any more in my home town, as I have witnessed in frequent visits.
204 Beech Ave., a.k.a. the castle on the hill, and my childhood home..is a perfect example. A unique, charming, well cared for east end landmark built in the 1920's is to be destroyed. It is now the secondary subject of the new owner's sleek website, with renderings of its modern replacement (the proverbial fish out of water) taking front stage.
Another integral part of the Beaches heritage, soon to be erased.
The cirumstances of the new owners are special, and I truly sympathize. But at the risk of sounding like I've lost some of my Canadian "niceness", the circumstances are not, with regards to this demolition, extenuating.
The razing of a beautiful home with history, when many others more worthy of replacing exist, is inexcusable.
But it is avoidable.....isn't it?
Pardon my anger and frustration, but, shame on you, Toronto, if it is allowed to happen. 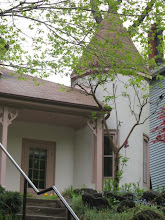 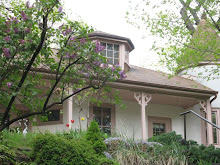 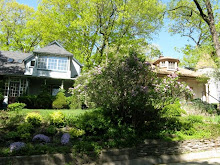 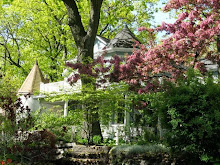